As they flee a dying Earth, the human race is in need of a new home. Who has the intelligence, the wisdom, the courage, and the empathy to save our species from extinction? Meet the crew of the Little Brother... 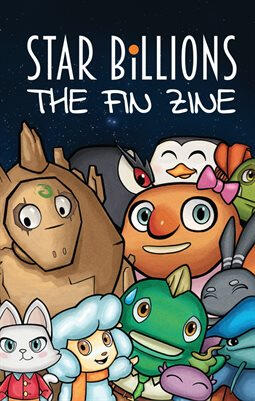 "The series keeps up its thrilling and engrossing pace from the first moment to the last, changing up the format just enough in Season Three to keep things fresh without feeling forced. All of the characters—even the “bad guys”—are endearing, their interactions with each other entertaining, and their growth throughout the series engaging. The Star Billions mission may be over, but our journey has just begun."
-GameZebo 5/5"By the end, you care about pretty much every character in the game in ways that you typically don't for other video game characters… It's something special that you really need to play through and experience yourself. Star Billions tells an amazingly heartfelt story that you don't often find in video games."
-148Apps 4/5"One of the freshest, funniest, and most unique iOS titles"
-iFanzine